The global pandemic forced organizations to drastically change the way they work and to quickly implement new procedures. Changing government policies and the sudden loss of revenue streams forced companies to make hard decisions under uncertain conditions and financial pressure. The conditions forced IT professionals to adapt IT infrastructures, because most countries asked organizations to enable their employees to work remotely. To make that possible, it was necessary that Sysadmins learn how to use new tools in a short time frame.

Last August, we ran a survey to determine the trends in IT operations over the past 12 months. We wanted to know the new topics that emerged as a priority under these new conditions and what the effects of the changed circumstances on IT teams’ work have been. We wrote a whitepaper for our detailed insights and analysis of the survey here. In this blog, we want to give you some idea of the content of the whitepaper with a brief summary of the results. The survey had a total of 213 respondents, with 161 of them being deemed suitable for analysis. The respondents hail mostly from Europe, and in the main are working as Sysadmins who handle their company’s infrastructure.

General effect of the pandemic

Ability to shift to the new work mode

Organizations relied heavily on IT Ops to make remote work possible, and we wanted to know how challenging it had been for our respondents. Most of the respondents claimed they had no problems scaling their systems up to match the new demand, and 40% already had systems in place but had needed to scale these up, while only 4% had to build their remote infrastructure from scratch.

Dealing with the shift to working remotely

Shifting to remote working involves many tasks for the IT operations team. We asked the community what tasks they deemed to be the most relevant to enable their organization to shift to the new working mode.

Virtualization and automation tools are still the most important

Sysadmins use and maintain an arsenal of tools to do their job, and we want to track how they prioritize their tools over the years. This year, we asked them how relevant these categories of tools are for their job. Other than monitoring tools, virtualization and automation seem to be the most relevant; a similar trend that we saw last year.

Automation for deployment / configuration-management is a common project

The new working setups required the carrying out of projects to make its implementation possible for the organization. We asked our respondents to share their relevant projects over the past year.

From the results, most of the respondents seem to have dealt with automation and configuration-management, and people who have done these think that it was definitely a good decision. This is similar to the trend we saw on our survey last year, where 81% of the respondents reported that they implemented automation, and 57% implemented containerization projects for their organization.

Shifting trends in IT monitoring

Working remotely comes with new sets of assets to monitor, so we asked our respondents what they think would become more important to monitor over the next few years.

Increased preference for moving to the cloud

The extent of using cloud services has always been a subject of debate in the IT Ops community. Small businesses and startups tend to take advantage of the fact that the cloud can make it easy for them to get started, while larger enterprises might prefer having more control over their data. We asked Sysadmins for their take on this matter. If they could build their infrastructure all over again, what would they choose?

Meanwhile, 23% said they will keep their setup as it is, with most of them having most of their assets on-premises and using the cloud only when needed. 17% of the respondents would avoid the cloud at all costs and only a small percentage (9%) would put everything in the cloud.

Some comments from the respondents on how they would use the cloud:

“Mostly on-prem, cloud used as cache”
“I'd stop efforts to move things into the cloud and losing control over the data because it's really irresponsible to give unknown people in a foreign land/company access to internal data — but of course, management sees things differently.”

Effects of cloud and containerization for Sysadmins

We asked Sysadmins if they think their role is changing with the advent of cloud and container technologies.

Most of the responses lean on the agreement side, with roughly only 9% expressing their disagreement — a similar trend we saw in last year’s survey.

Changes in the Sysadmins role after the pandemic

With all the changes that the pandemic brought, are Sysadmins also expecting changes in their work? We asked our respondents how they think their role will change after this. Most of the responses spoke about keeping at least the hybrid mode of work or going completely remote. Here are some quotes from the answers:

“Seen higher and quicker adoption of cloud technologies for ourselves and clients, during the pandemic, I see this continuing.”

“It was an opportunity to demonstrate that remote work is very efficient and productive for the company and clients and we will come back to the office but in a mixed model – some time in the office and some time at home.”

“ (...) we will continue to work from home. There will always be the possibility to work from the physical office, but that is not mandatory anymore.”

“That the work on the backend would be a more important matter in the future, because for a modern IT infrastructure a complex hybrid infrastructure needs to be built for services such as Azure.”

“I assume (hope) it will not go back to the ‘office-only’ style. We could prove that efficient work can not only be done on site.”

“I think everybody saw that it's not necessary to be in the office for all of the time, but never going in to the office is also not possible. I think there will be a different balance between remote and onsite work, but my role as such, will not change.”

For a more comprehensive and detailed analysis of the survey results, you can read the whitepaper here. 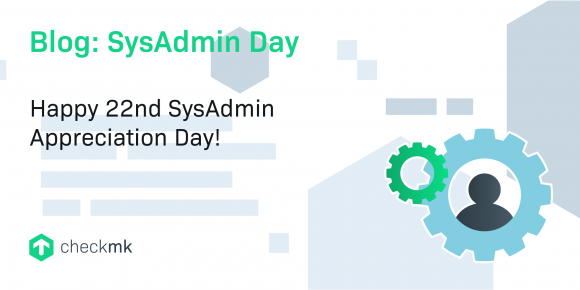 Happy 22nd SysAdmin Appreciation Day!
Do you remember the last time your VPN didn’t work or your internal collaboration tool was not accessible? You don’t? It’s not just a magical stroke…
Read more 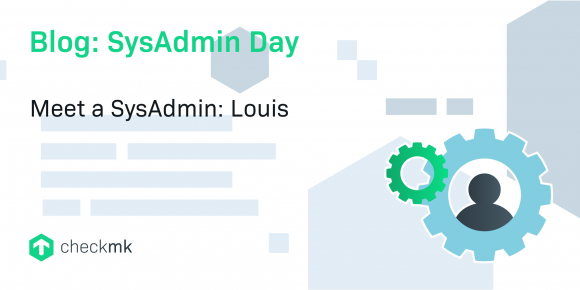 #SysAdmin Day Meet a SysAdmin: Louis
It's SysAdmin Appreciation Day tomorrow (hint: this is a subtle reminder for you to think of a last-minute surprise for your favorite SysAdmin 😉), and…
Read more 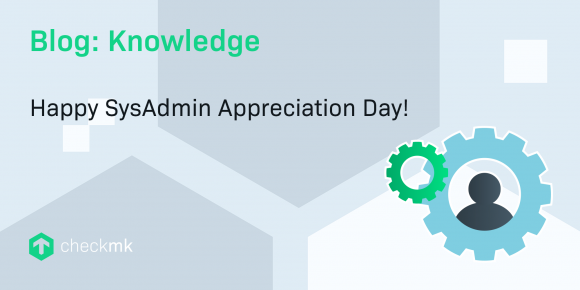 Happy SysAdmin Appreciation Day!
Happy 21st SysAdmin Day to all SysAdmins who patiently support our organizations in our IT concerns! Every last Friday of July, the global sysadmin…
Read more