Who is KIRCHHOFF Automotive?

KIRCHHOFF Automotive is one of the leading development partners in the automotive industry. In their 27 plants in 11 countries KIRCHHOFF produces complex metal and hybrid structures for body-in-white, as well as chassis that are lightweight, economical and meet high crash-safety standards.

Checkmk’s rule-based approach was new to us, but it saves us a lot of time, especially when monitoring large environments.

Andreas Sieger - Global IT Manager - IT Desktop Management and Support

Since 2018, KIRCHHOFF Automotive has relied on Checkmk as the sole tool for monitoring its global IT infrastructure. The company previously used Icinga, openITCOCKPIT and Nagios as its monitoring solutions.

The IT team manages ten Checkmk sites spread across eight countries together with a central Checkmk site at the company’s headquarters in Iserlohn, Germany. In total, over 1,000 hosts with 35,000 services are monitored.

Checkmk is convincing with its numerous enterprise features and good scalability. Even sites in China and the USA can be administered from the company headquarters in Germany without any problems.

A modern enterprise with a long history

KIRCHHOFF Automotive is a family business with a long tradition. The success story began as early as 1785, in those days as a manufacturer of sewing needles. Since then, the company has repeatedly managed to modernize its product range, growing to become one of the most important development partners in the German automotive industry. Today, the company generates annual sales of 1.25 billion Euros.

In this age of digitalization, a functioning IT infrastructure naturally plays a central role. That’s why in 2018 the IT team decided to implement Checkmk for its IT monitoring. Previously, KIRCHHOFF Automotive used Icinga, openITCOCKPIT and Nagios, but none of these solutions were convincing in the long term, as the effort required to operate them was too great. The IT team wanted a tool that would meet the requirements of a large company with a global IT infrastructure.

In addition to Checkmk, the IT team also tested other monitoring solutions. Checkmk won them over because of its ease of use and ability to easily manage distributed monitoring environments. Initially, the company rolled out Checkmk in Germany and, after a short time, switched its monitoring over to Checkmk worldwide. Today, KIRCHHOFF Automotive operates ten Checkmk sites, all of which are set up as virtual appliances.

The IT team was looking for a way to make its monitoring more efficient. The goal was to be able to centrally manage all of its worldwide monitoring sites. At the same time, the new monitoring system had to meet the various requirements of a large company. For example, KIRCHHOFF Automotive has to implement TISAX certification requirements. TISAX stands for “Trusted Information Security Assessment Exchange” and is a German IT security standard used in the automotive industry.

Distributed monitoring for systems around the globe

KIRCHHOFF runs three operational monitoring sites and a central site for managing the distributed monitoring in Germany. In addition, there are remote sites in China, Ireland, Mexico, Poland, Portugal, and the USA, which monitor the systems in these countries. In total, the IT team monitors over 1,000 hosts with 35,000 services. 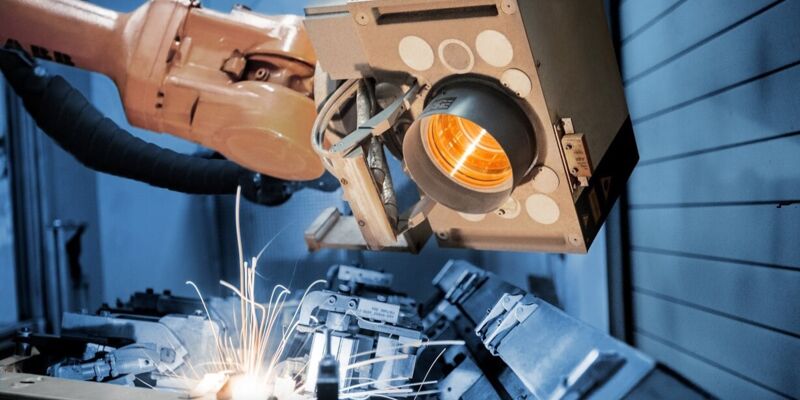 We are very happy with Checkmk and can manage all of the sites centrally. That is why we are working on expanding the monitoring.

Andreas Sieger - Global IT Manager - IT Desktop Management and Support

In 2018 KIRCHHOFF Automotive switched to Checkmk and has been using it to monitor its global IT infrastructure ever since. The IT team can control all of its monitoring sites worldwide from a central site at the company’s headquarters. The IT team currently operates ten sites in eight countries, and further expansion is already planned.

A multi-faceted enterprise IT monitoring

KIRCHHOFF Automotive has been doing well with Checkmk and has so far not required any support from tribe29 or a partner. The IT team used the Checkmk documentation and video tutorials to set up and expand their monitoring. Like other companies in the automotive industry, KIRCHHOFF Automotive has to comply with the TISAX (Trusted Information Security Assessment Exchange) security standard. Since Checkmk has a very secure architecture and also supports security mechanisms such as encryption, obtaining certification was no problem. The customization of Checkmk was minimal and well-documented. This is important because the IT team has to prepare an assessment report for TISAX. In addition, the IT team was able to set up efficient workflows for the processing of alerts and map these directly in Checkmk.

Since Checkmk’s user account control is synchronized with the Active Directory, KIRCHHOFF Automotive was able to easily assign each member of the IT team their own Checkmk user account. The monitoring is additionally configured in such a way that it sends alarms by email to the responsible employee, who can then start rectifying the fault immediately. The company has also adapted its employees’ access rights in Checkmk according to their area of responsibility.

At several branches, employees have also created their own dashboards and visualizations for their environment. For example, a screen in each location in Germany displays an overview map of the local IT environment. This gives employees in the branches an overview of their monitored systems at any time. After a number of years of having to switch between different solutions, the IT team at KIRCHHOFF Automotive is now pleased that with Checkmk they have finally found the right monitoring tool.

With Checkmk, KIRCHHOFF Automotive can efficiently monitor all of its worldwide IT infrastructure. The administration of the distributed monitoring is simple, and at the same time Checkmk requires minimal hardware resources. Checkmk is also flexible and comes with a wide range of monitoring integrations. For example, KIRCHHOFF Automotive can obtain and combine monitoring data via the Checkmk agents and via the HPE management board to monitor its HPE servers. This means that the IT team always has an overview of all important metrics regarding the servers’ hardware and software.